One of the best ways for people to get inspired – and see what their own home remodeling project may look like – is to view examples of the work a design build firm has already done. We thought it would be fun to revisit several of the projects we’ve enjoyed designing and building, including two whole house remodels and a kitchen remodeling job.

For this blog post, we’ll focus on one highlight from each job so you can get a taste of how we work with our clients. In future posts, we’ll do complete case studies of the three projects.

The owners of this Cape Cod home were transitioning from a much larger Victorian house in Wayne. They wanted to renovate and expand the smaller home to accommodate their children and grandchildren when visiting.

Changes made to this house include adding a second story master suite, increasing the size of the front porch, remodeling the existing first floor master suite, adding a second story to the garage, and adding another bedroom and hallway upstairs. We also put in a second-floor laundry and reconfigured the garage entrance so our clients could make better use of their backyard.

Among the clients’ favorite transformation were the changes we made to a previously built addition on the back of the house. The clients liked the interior and decided to keep it, but wanted to create a more attractive exterior. As you can see from the photo, the addition originally looked more like a glassed-in porch. The roofline was awkward and did not flow smoothly from the main house. 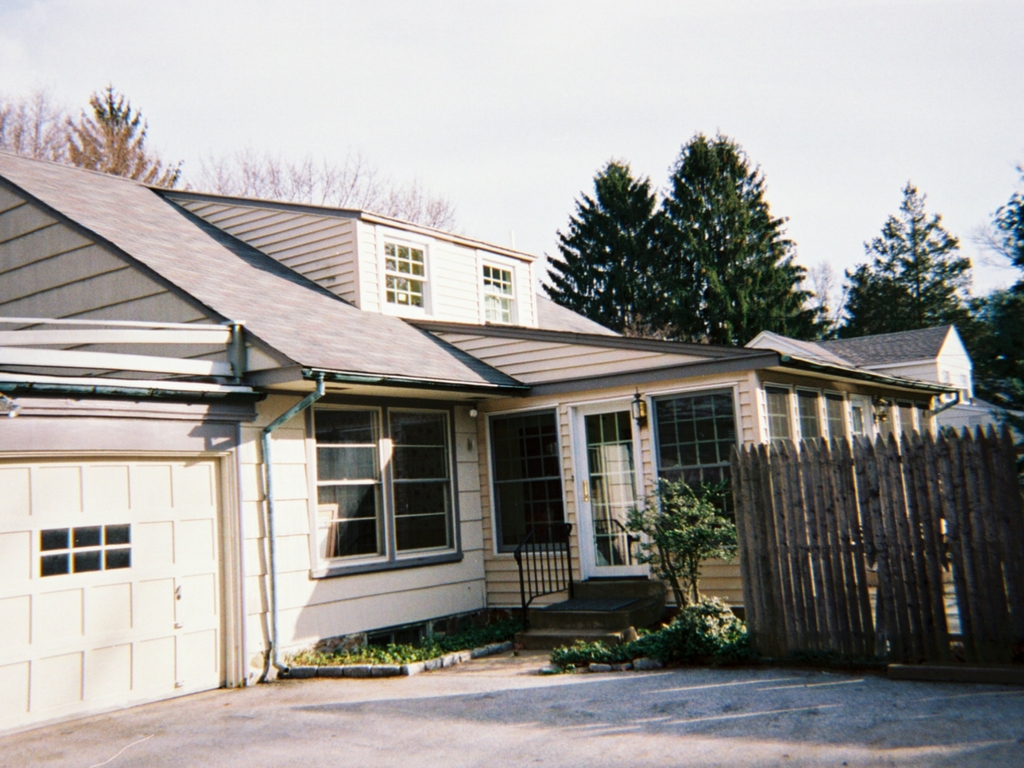 Even though it was attached, we decided to give it the appearance of a separate little cottage. Changes we made include:

The garage door was repositioned to the side of the house which allowed us to put in a new big patio, a seating wall, and beautiful landscaping. The client felt the results were stunning! We hope you agree. 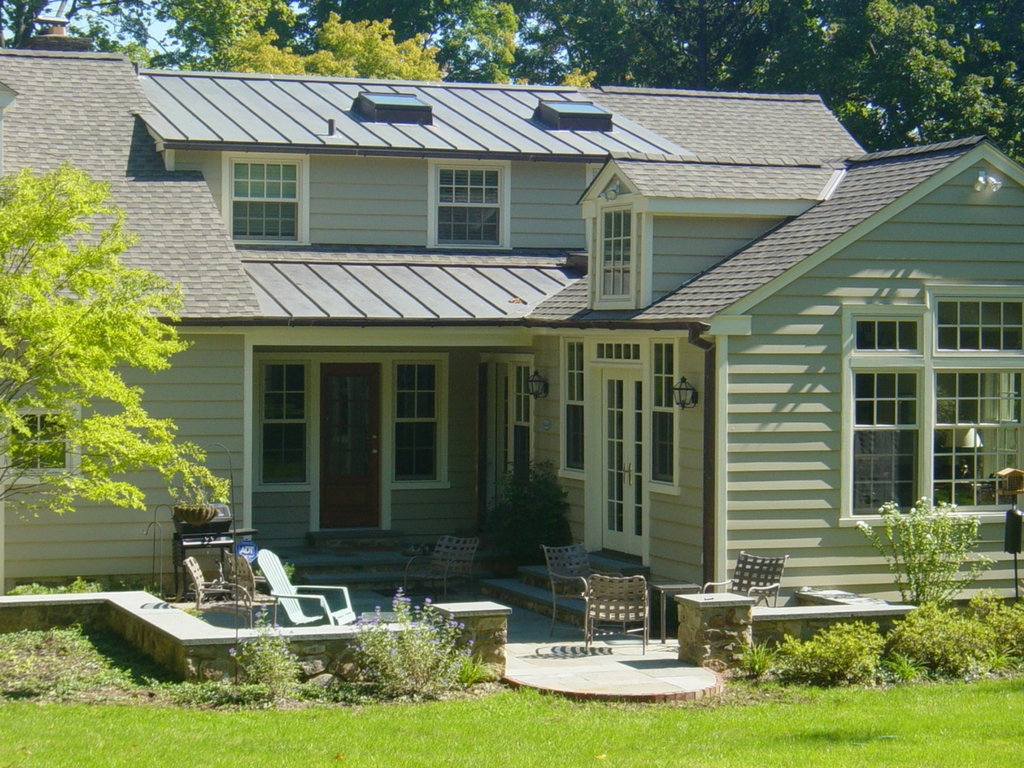 This older Wayne home was another whole house remodel that included a complete renovation of the kitchen, bathrooms, and bedrooms. We added a master suite on the second floor and on the third floor, we remodeled the two bedrooms and added a bathroom. All the home’s windows were replaced. We also did a complete front porch renovation.

Front porches are a wonderful part of a home, connecting the residents with both the outdoors and with the community. At Cottage Industries, we restore or build a lot of porches. The front porch of this particular home was characteristic of the challenges we often face. While it was the original architecture, it had been retrofitted with windows (a common practice in the 1930s, when people were moving in with one another during the Great Depression). Front porches, however, were always meant to be open spaces, and our client wanted to restore this porch to its original glory. 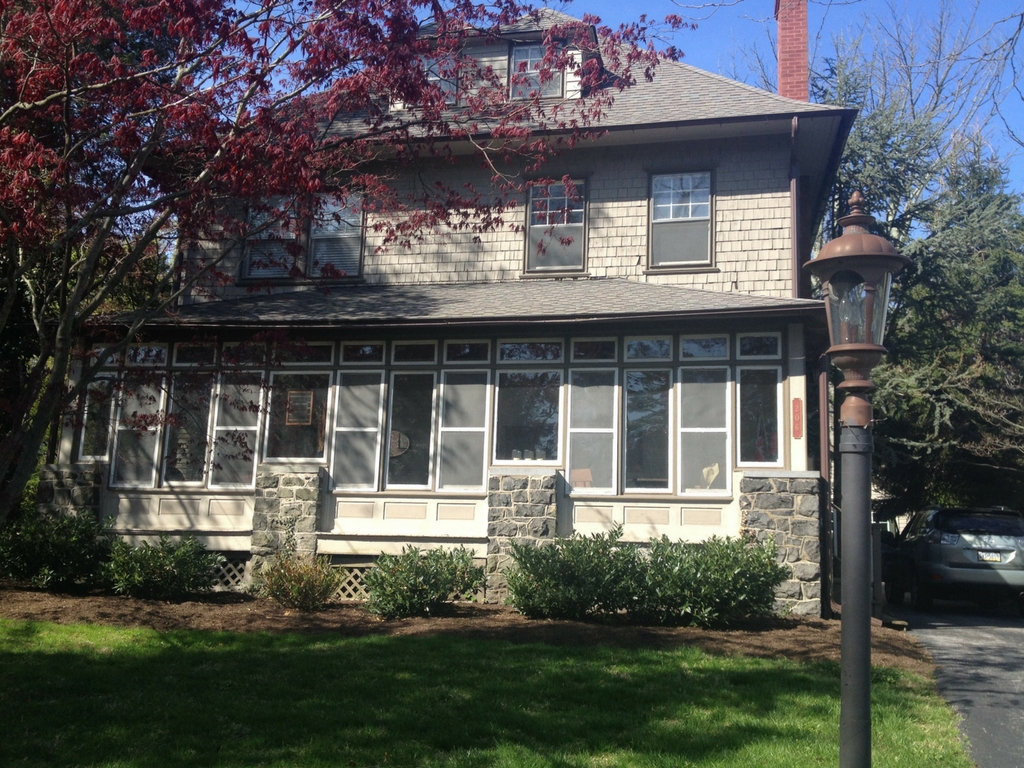 The issues with this home’s porch were typical ones: the right side was sagging from water damage and wood rot, but structurally it was in decent shape. Some changes we made:

Another challenge here was working with the township’s code. The original stone pillars were not tall enough to add a railing to and still be within code. Since railings raised above the caps would look awkward, we spent considerable time going back and forth with the township to get approval to install a lower railing. In the end, we decided to raise the grade on all sides of the porch so we wouldn’t need a railing. New shrubbery was placed in front and furniture was strategically placed to ensure no one stepped off the edge. 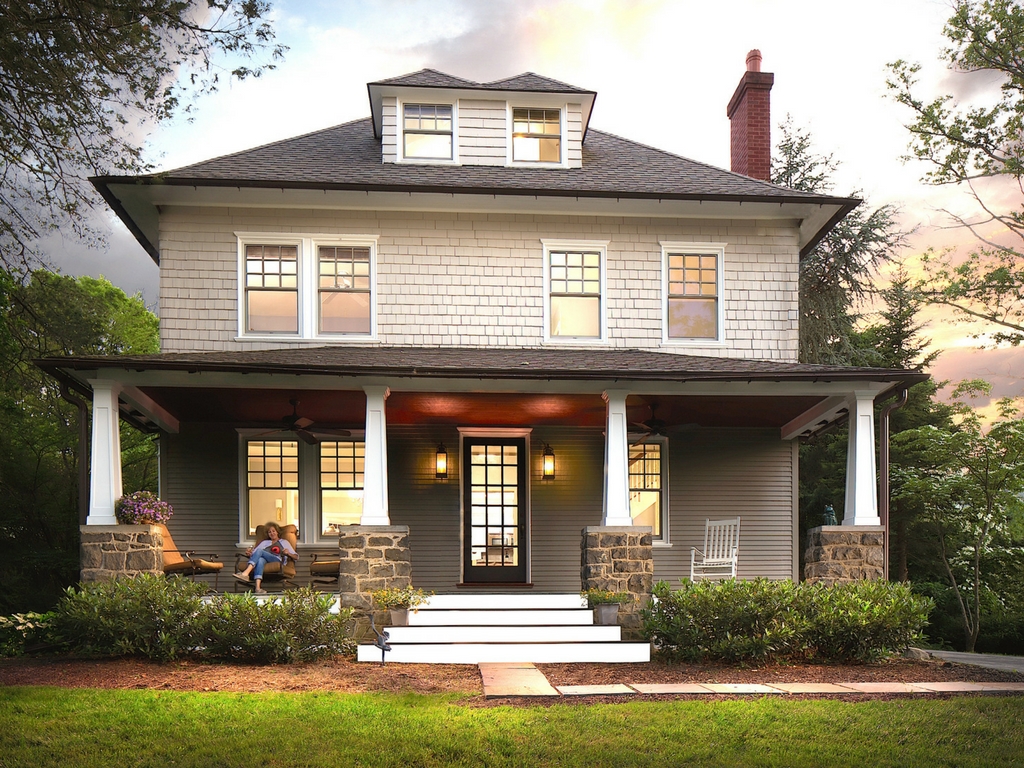 The homeowner was thrilled with her new porch. The social aspect of it was incredibly important to her, and we’re delighted we could turn it into a space she cherishes.

Our third homeowners presented us with quite a challenge: their older home had two or three additions that did not flow together properly, the slate roof was desperately in need of replacement, and a new kitchen and master bath was planned. Part way through the project, the homeowner decided she wanted the back entrance redone. 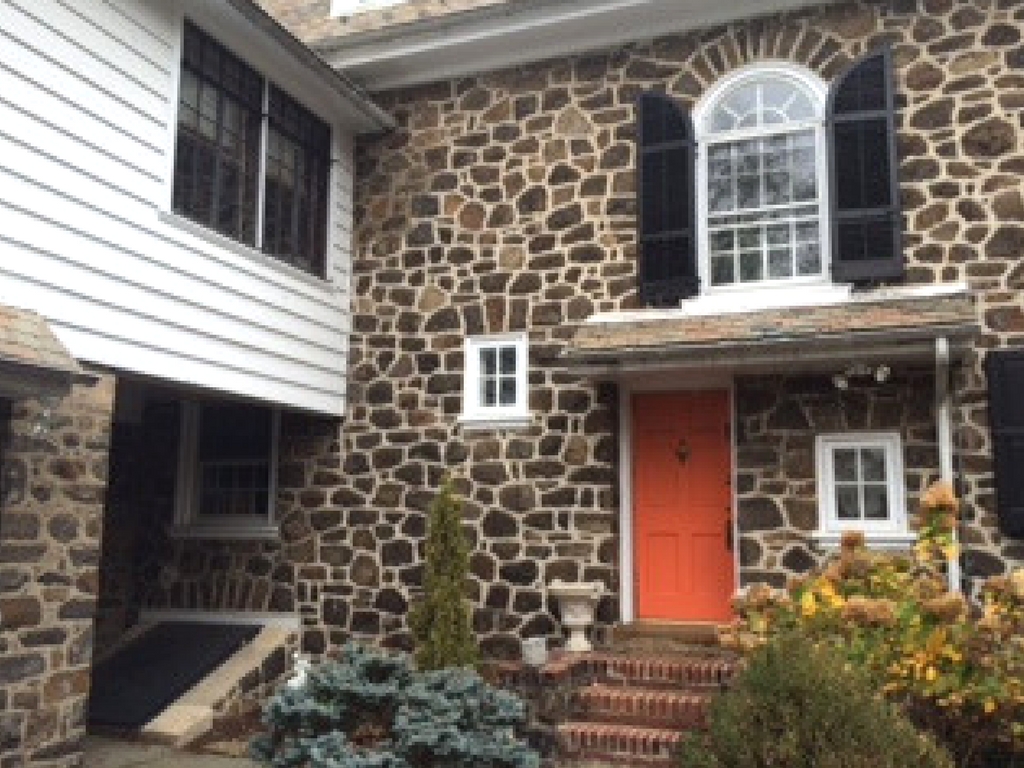 Our goal was to build a new porch and tie it into the two older additions, making the house flow seamlessly from one area to the next. Other details include:

A lovely touch are the two custom built mahogany benches which are modeled after partner Nick Walker’s grandfather’s porch at the Jersey shore. 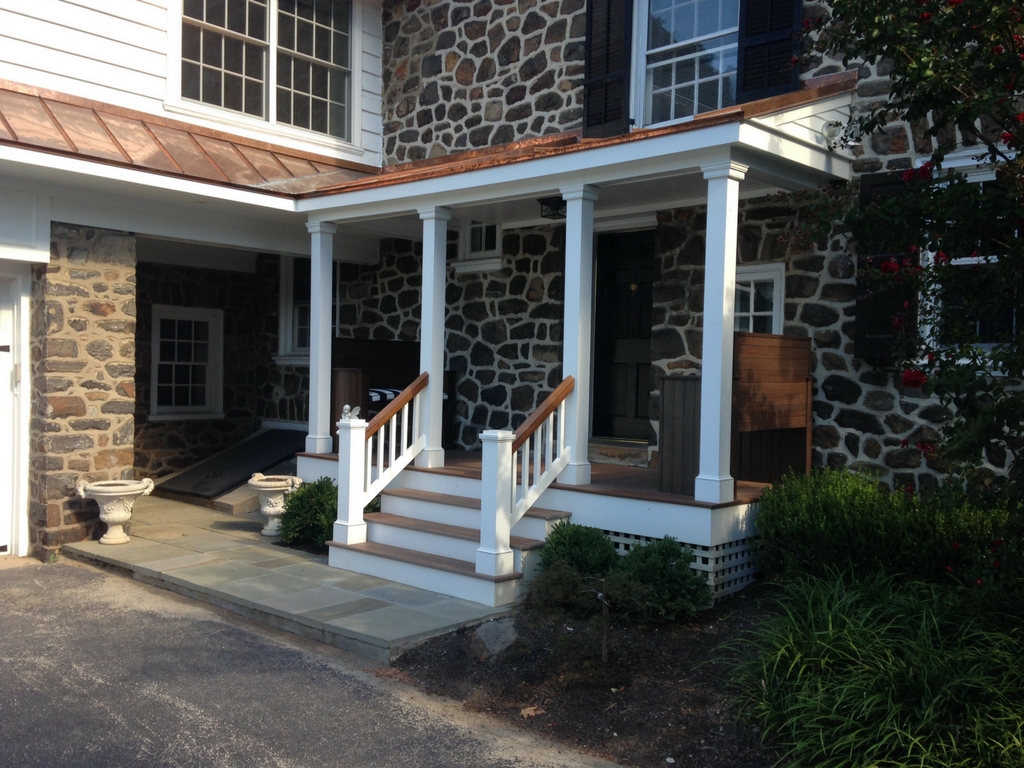 At Cottage Industries, our design-build process ensures you always get the remodeled home you’ve envisioned. Schedule a conversation with us today to learn more about how we can help you create the perfect Main Line or Greater Philadelphia area home addition and/or remodel. We look forward to meeting with you!