Timeless. Classic. Stately. These would be apt terms to describe a turn-of-the-century Haverford home that recently underwent a modernizing update under the careful direction of Nick Walker of Cottage Industries.

Located just off Haverford Road and next to the Haverford College campus, the home has become a generational legacy for one close-knit Pennsylvania family whose children grew up in it, and eventually, returned to raise their own children there.

Kate Brown grew up in this house and speaks whimsically about her childhood adventures within it; searching for secret doors behind its walnut-paneled walls, pressing the buttons that were originally meant to ring the servants, and riding the cage elevator to the third-floor playroom, originally a billiards room when the home was first built in 1902.

Kate’s mother, Anne, was a real estate agent. She remained in the house and updated many of its features, such as installing central air conditioning. After Kate’s father passed away, Anne decided to sell, prompting Kate and Fraser to step in, purchase it for themselves and make it their own.

Soon, Kate’s family, which now included two young sons, were moving into her childhood abode, which had also been the setting for the couple’s wedding reception in 2004. They invited Anne to stay on and live with them but knew that some changes would have to be made to make the home work for them.

The home itself features five-bedrooms and five-bathrooms, three fireplaces, nine-foot ceilings, and beautiful hardwood floors throughout. Many of the original features of the home remain, as well-kept and maintained as when they were first installed – including the elevator that now helps the family move heavy objects between its three stories. 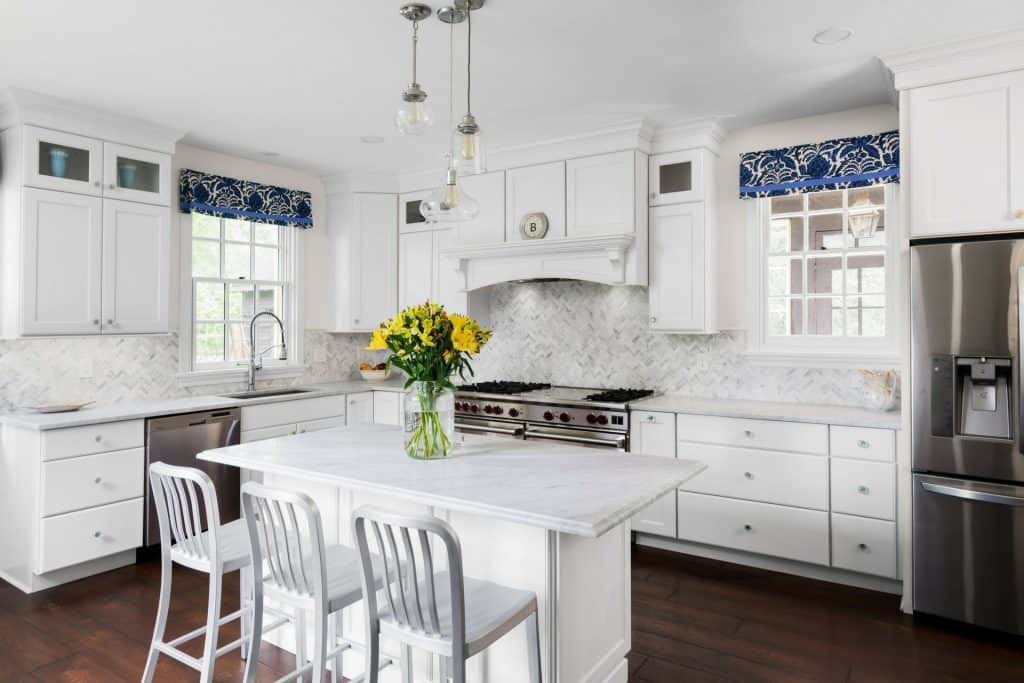 The servants’ quarters were converted to a suite for Anne, but it was probably the kitchen that underwent the most significant transformation. As with most historic restorations, the challenge was to preserve the home’s architectural integrity while adding modern, lifestyle-enhancing features that would blend in with the timeless style of the house.

The original kitchen was transformed into a family room, complete with a fireplace and window seat looking out onto the garden. The laundry room became the kitchen with white cabinetry that duplicated the original woodwork. The original wainscoting and paneling were to remain as originally intended in the butler’s pantry, the center hall, and staircase, but was painted white in the living room, kitchen, and family room to open up, brighten, and modernize the spaces. 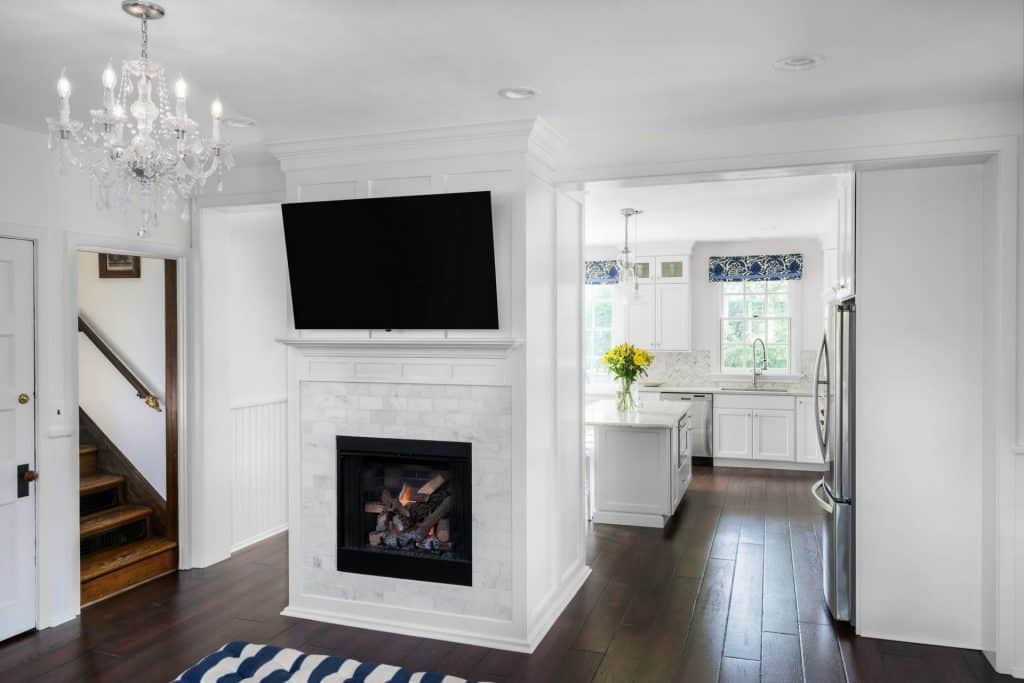 Period-style lighting was added in the kitchen to add a touch of historical interest. An assortment of new, heirloom and antique pieces were brought in to pay homage to multiple generations of family on both Kate and Fraser’s sides.

Historical preservation on the Main Line

When Kate decided to update her childhood home, Cottage Industries was her first call. The company’s reputation as a leading historic preservation contractor made them singularly qualified to bring this stately home into a new era while carrying forward the original architect’s vision and intent. 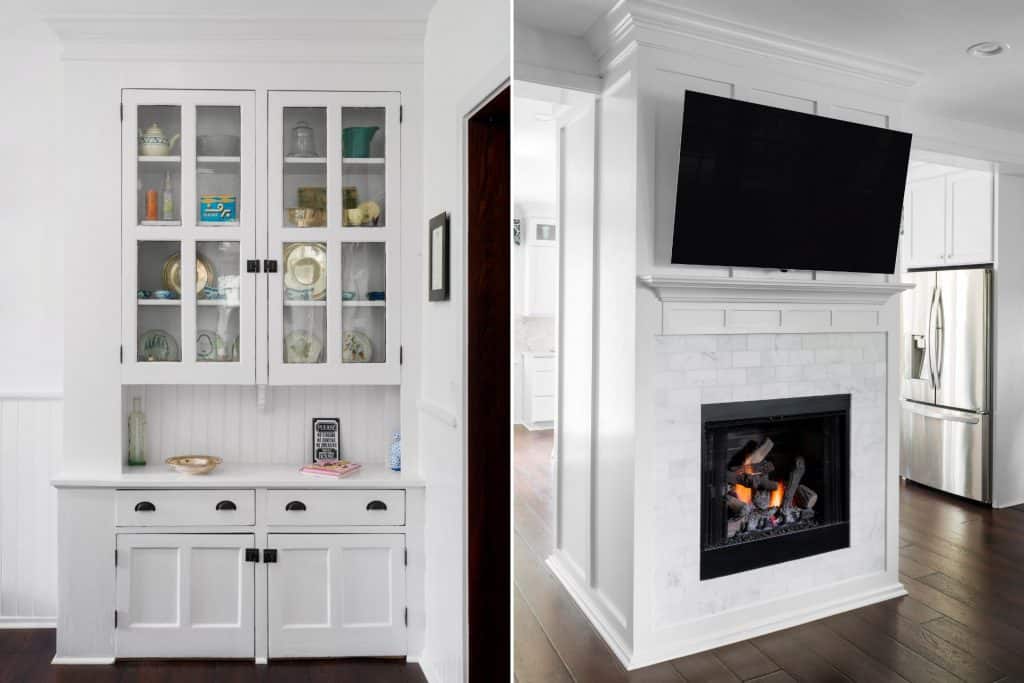 Historic preservation differs a great deal from a restoration as it focuses on the original design and form as it has evolved through the years. In a historic preservation, we look at the intent of the original builder as well as the needs of the current owner. A restoration, on the other hand, would be involved with returning the home and its features to its original condition as it was first built.

This way of working leads us to a result that not only satisfies the needs of a modern family but helps to maintain the original beauty of the home. The work we do underscores the finer details of the architecture and gives the home new strength and functionality that will carry it into the next generation.

A true passion for older homes

Cottage Industries has established a storied reputation for historic preservation and renovations on the Main Line. We work with highly skilled artisans that represent the top talent in the area, ensuring that no detail is overlooked.

When taking on any historic restoration project, we focus on two things:

If you would like to learn more about a renovation or update to your historic Main Line home, schedule a conversation today. We would love to find out more about your home and tell you how we can help.