By Admin Admin
Posted August 13, 2018
In Uncategorized
What You Need to Know About Knob and Tube Wiring in Your Main Line Home2018-08-132019-02-11https://www.cottageindustriesinc.com/wp-content/uploads/2019/01/cottage-logo_vector_2.svgCottage Industries Inc.https://www.cottageindustriesinc.com/wp-content/uploads/2018/08/knob_tube_wiring_wayne_pa.jpg200px200px
0

If you live in the Main Line area and your home was built anywhere between 1880 and 1950, there is a good chance it contains knob and tube (K&T) wiring.

While the technology, such as it is, still works well today, it is not “up to code” as far as most insurance companies are concerned. From a homeowner standpoint, most don’t even know they have such an issue until it comes time to remodel.

Homes that were built up until the mid-1960s commonly have knob and tube wiring. It uses a combination of knobs and tubes as insulators, as the name would imply. 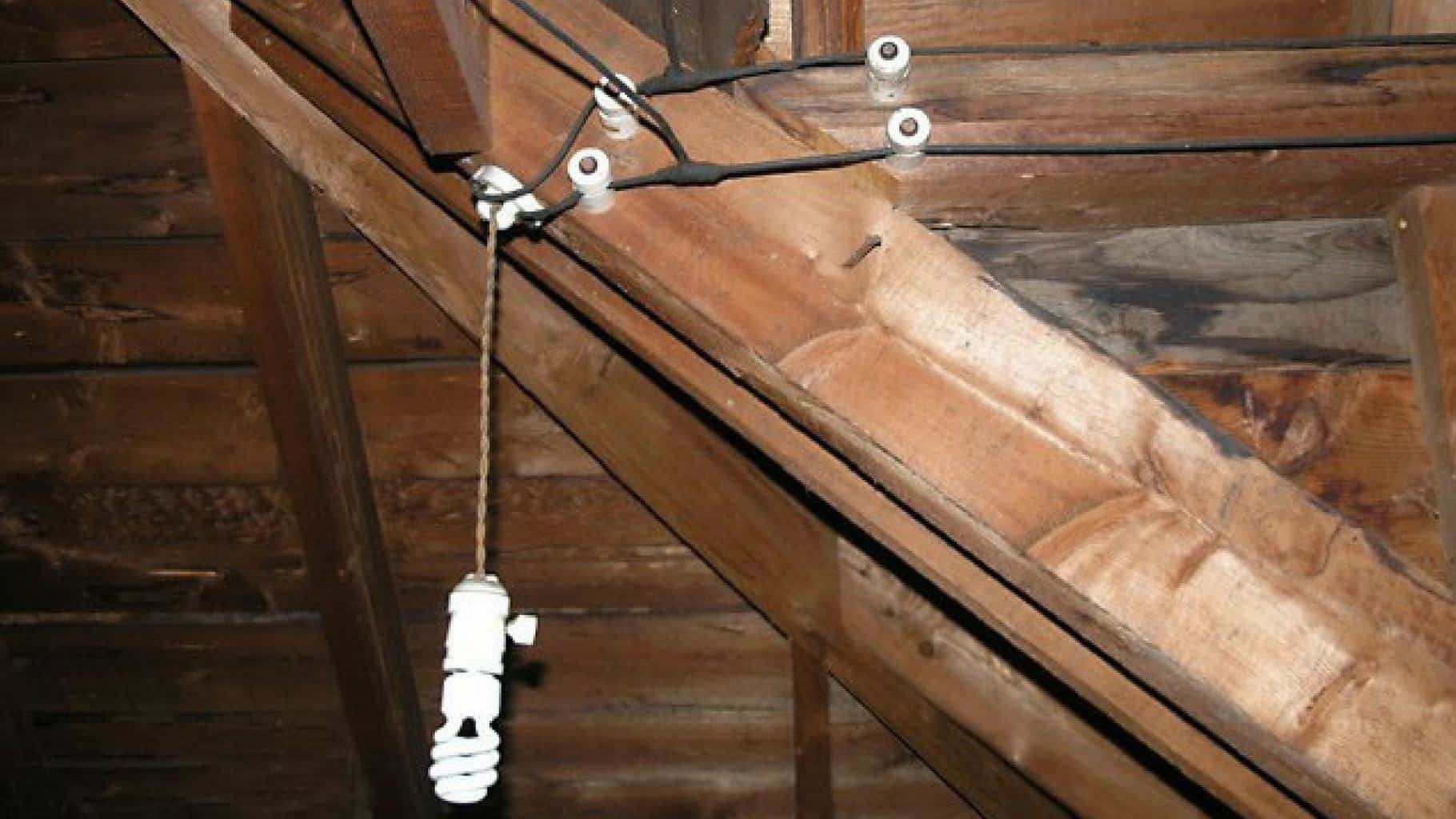 Some of the most noticeable features include:

K&T is easy to spot. If you see those telltale ceramic knobs with electrical wires running to and from them, it’s not much of a stretch to make that assumption.

The apparatus is generally nailed onto joists, the wires protected by tubes where they pass through the joists, but it is just as common to find them hidden inside the walls of your home – meaning you might have to open up some of the walls in order to pinpoint the location. However, if the wiring has been updated, such as if a socket or switch was replaced, this might become a bigger job pretty quickly. While some switches may have been replaced, K&T may still be an issue in other parts of the home or in the ceiling.

Simple and functional, K&T wiring worked well for millions of households for almost a century. Its popularity was largely due to the fact that it was far less expensive to install than other types of wiring.

If it was installed correctly, is undamaged, and unmodified, it likely still works just fine – it even has some advantages! For instance, K&T uses copper wire that is larger in diameter. Larger wires run cooler. On the other hand, if you have knob and tube wiring, it is likely very old, which is a distinct disadvantage. 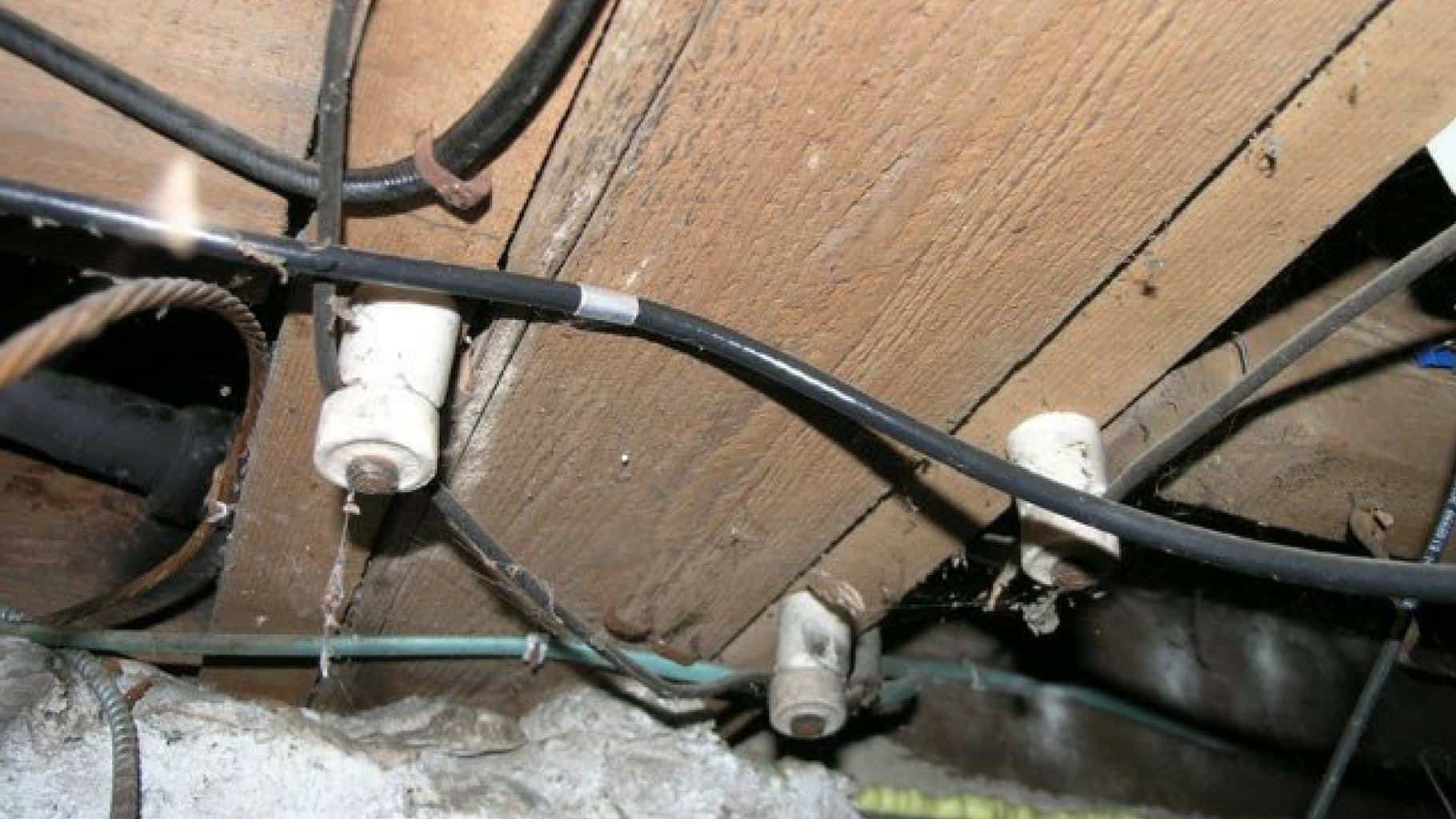 Either way, most K&T is not compliant with current building codes so any upgrades or renovations would require a full rewire.

Some of the more concerning issues inherent to K&T design include:

Do I have to replace the knob and tube wiring in my Main Line home?

By law, you are not required to replace your knob and tube wiring. You are free to repair or modify the system and use it as you like. However, it is not permitted to install in new builds.

According to the code, an electrical system cannot be covered by insulation or located in attics, walls or ceilings that use certain types of insulation.

Additionally, most insurance policies address the issue of K&T wiring specifically. Some might include language that requires its removal prior to coverage, while others may require you to pay a higher premium or higher deductibles due to the elevated risk.

If you aren’t remodeling and everything is working as it should, there is really no need for you to replace your K&T wiring, but you should have it inspected on a regular basis. On the other hand, if you are planning an upgrade or a remodel of your kitchen, bathroom, or any part of your home, there is no better time to upgrade.

If you would like to learn more about knob and tube wiring or would like to discuss your next Main Line Philadelphia area home remodeling project, schedule a conversation today. We would love to hear about your remodeling plans and tell you how we can help.