For Ashley and Nathan Zahm, immediate gratification isn’t a part of the picture when it comes to renovating their Wayne colonial home. The couple, in their late 20s, asked Cottage Industries to develop a long-term plan for changes to their home.

The time period? The Zahms and Cottage Industries envisioned an eight to ten year time span to conduct four phases of renovations. Such a plan would allow the couple to grow into the home, and raise a family there, without breaking the bank by doing the renovations all at once.

Working out a preliminary budget helped the Zahms create savings goals for each phase of the renovation, and plan for their future. 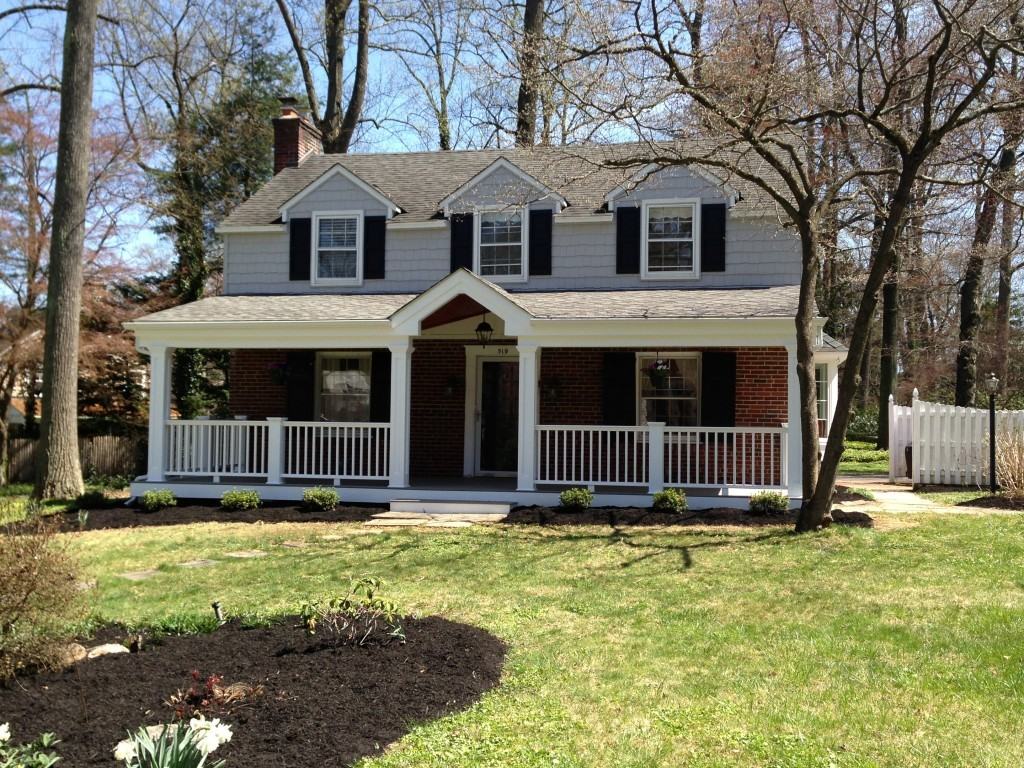 In 2011, phase one of the plan was undertaken. The couple wanted to address the home’s lack of curb appeal, while also developing an outdoor space for entertaining.

Their home had an very flat and unappealing facade. A wrap-around porch was envisioned, however a zoning restriction meant construction of the porch was limited to the front. An inviting porch was designed and built on the front of the house adding charm to the otherwise unappealing front. A small gable at the center of the porch catches the eye and welcomes you into the front entrance. Sometimes it’s the smallest details that make the biggest difference.

The home’s exterior was a hodgepodge of different siding with an unappealing vertical style on the front, complete with a multitude of white downspouts running right down the walls in front of the brick. It was really rather ugly. We got rid of the crazy downspouts in favor of using the new porch roof to carry the water away to the sides. The siding is a vinyl simulated cedar shake in a staggered pattern. It was economical to install, is maintenance free, and most importantly, made the front much more attractive.

Phase 2: Windows to the world 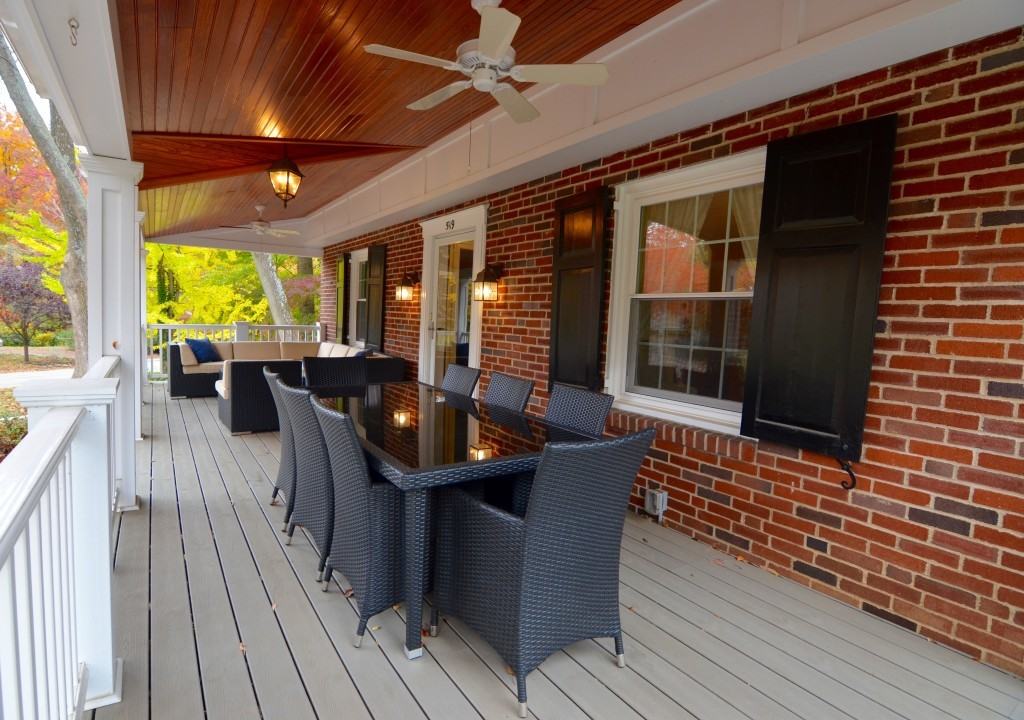 In 2013, phase two of the project involved replacing the windows throughout the home to handle efficiency problems. Efficient windows will not only save on heating bills and eliminate drafts, but there may be tax advantages and credits available for using Energy Star rated windows (consult your accountant for specifics). 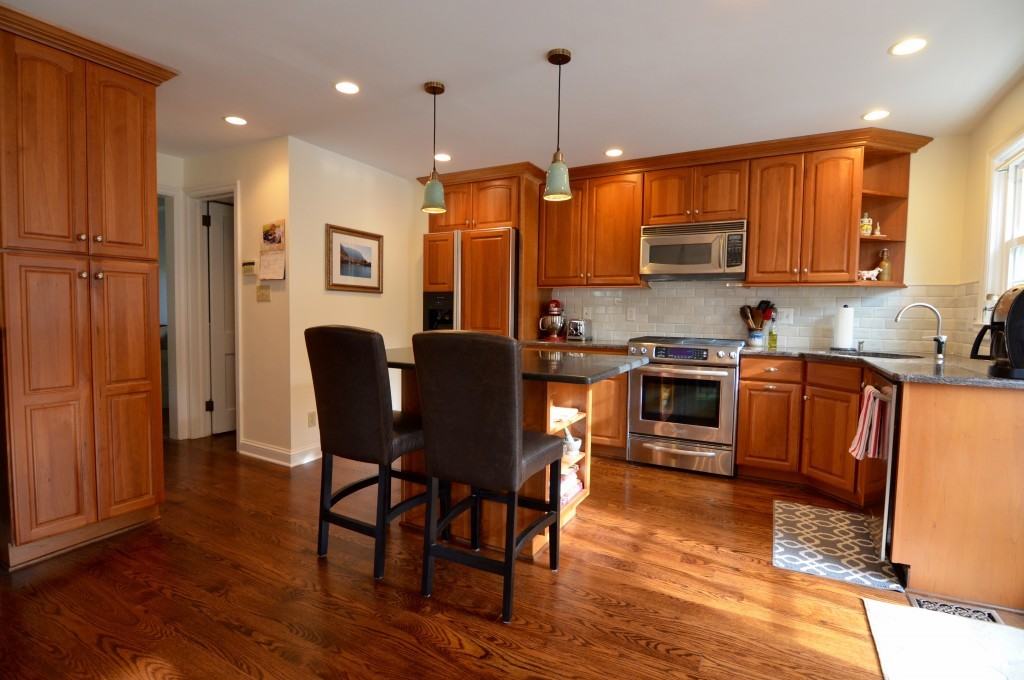 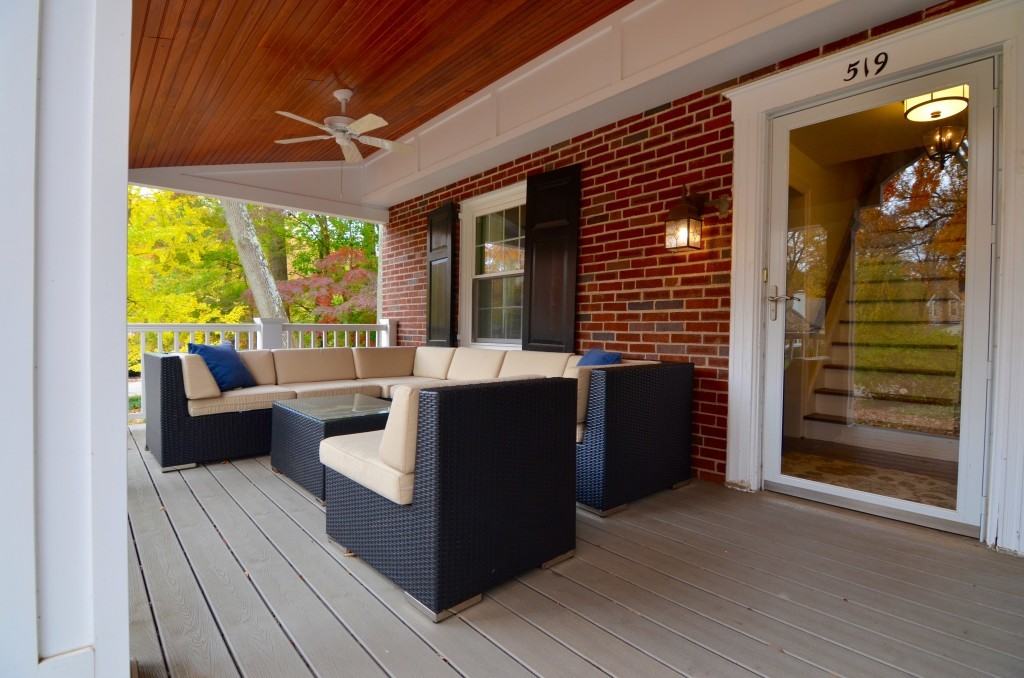 In 2015, serious work began on the interior of the house. Walls were removed and rearranged on the first floor, expanding the kitchen into the original dining room. The cabinets were newer and in great shape, so we only needed to match them and rearrange slightly saving the customer a lot of money. A new natural marble subway tile backsplash and honed black absolut granite island were added. New wide plank oak floors were put in.

Just as this phase of the project got underway, Ashley revealed the news she was pregnant with the couple’s first child, a baby girl. The schedule became a race to complete everything before the due date. We got down to the punch list when the beautiful Isla Amerina Zahm was born. 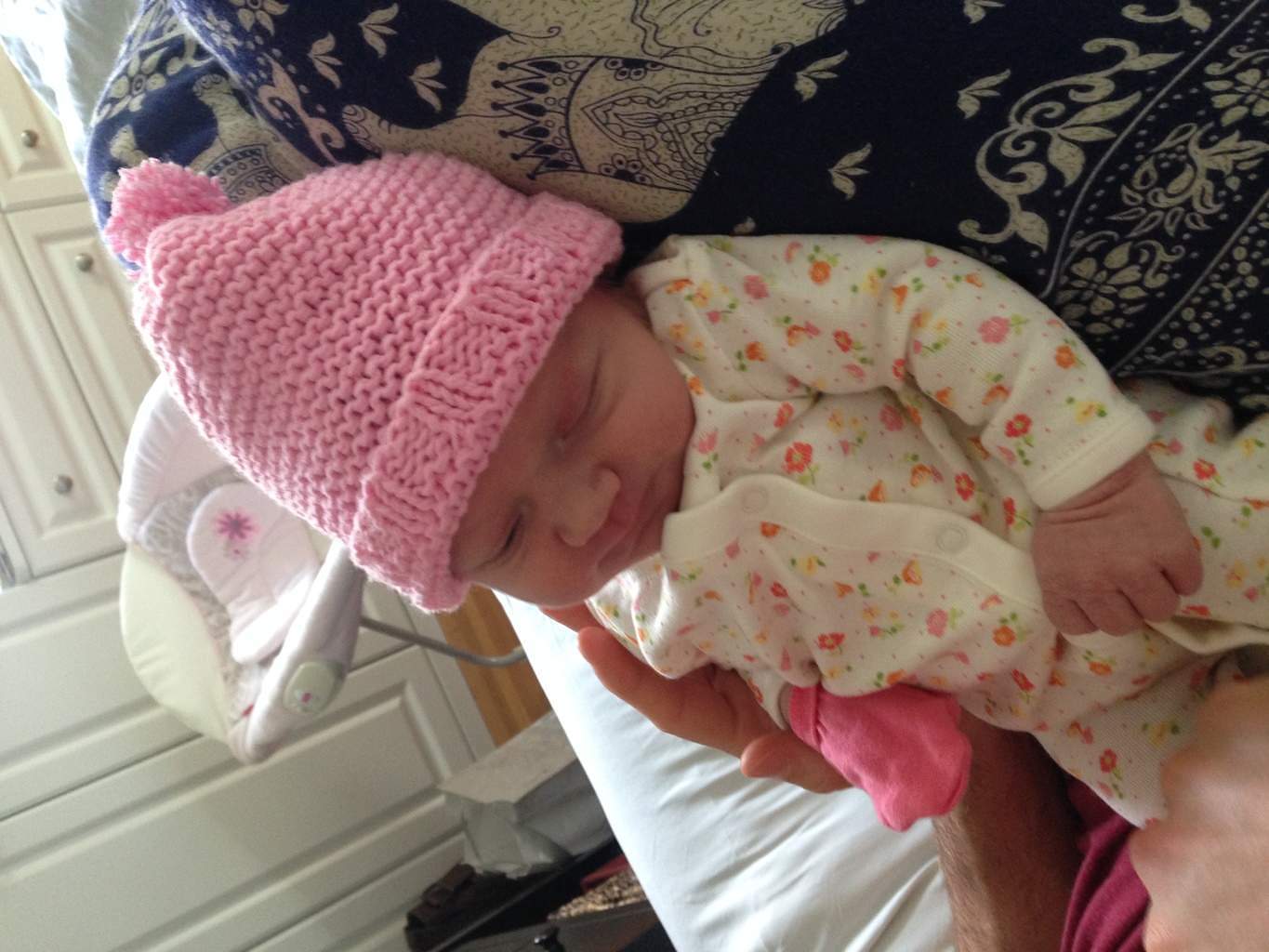 Shortly after phase 3 was completed, Nathan was asked to head a division of his company in Melbourne, Australia. The Zahms relocated there for a few years renting out their home in the interim. The couple plans to move forward with phase 4 of the project when they return to Pennsylvania.

This phase of the project will include expanding the second floor over an existing porch and garage. A master bedroom suite will be created in the space, including a raised ceiling and windows offering spectacular views. A fourth bedroom will also be added, providing space for the growing family.

Cottage Industries was thrilled to work with the Zahms who were a truly great family, and to help them realize their home renovation dreams over multiple phases of the project. Whatever your situation, budget, or time frame, Cottage is happy to guide you to achieve the outcome you’ve been waiting for. Schedule a conversation with us today.

And, read how an 1830s house with a laundry list of problems was brought back its full glory. You’ll learn about the owner’s desire to renovate and add onto the home, and how Cottage Industries helped make his vision a reality.